Department of Cardiothoracic and Vascular Surgery

The Department has a team of highly dedicated cardiac operation theatre and intensive care unit nurses and technicians who are involved in the cardiac surgical and post operative care. 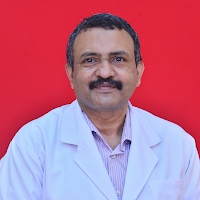 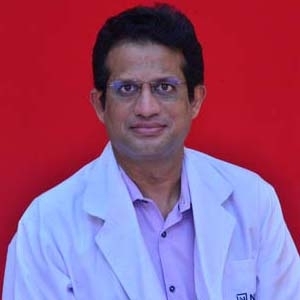 Dr. Gopalakrishnan was part of a Phd thesis as a co-guide studying the effect of cardiac rehabilitation in the post-operative recovery of post cardiac surgery patients. He is also involved in two research studies on cardiac surgery post operative pain relief, done by the college of physiotherapy. Dr. Gopalakrishnan is involved as a co guide in a Phd research seeking the relation of periodontitis and cardiac atherosclerosis in collaboration with department of periodontitis.

Dr. M Gopalakrishnan is a fellow of the Indian Association of Cardiothoracic Surgeons with more than 30 published papers in various aspects of Cardiac Surgery. He is actively involved in the workshops and deliberations of the IACTS for the last 20 years with numerous papers and posters presented in almost all the annual IACTS conferences for the last 20 years.

He has been trained at the Methodist Debakey Hospital in Houston, Texas in advanced aspects of Cardiac and Aortic surgeries.

The Department has conducted the 2nd Live video conference in association with Methodist Debakey Hospital, Houston, Texas, USA in January 2016 which was named as KSHEMA Vision 2016. It was a major success with the participation of many Cardiac Surgeons and Cardiologists from different parts of the country.

Dr. Amith Kiran was awarded the Karnataka Bhooshana in 2018 in honour of his services.